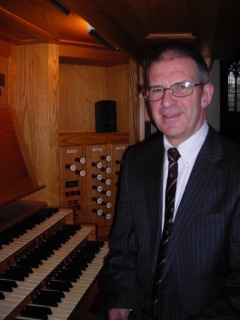 
Gary Sieling was born in Bedfordshire and educated at Dunstable Grammar School. He read for his BMus degree at the University of London, Goldsmiths’ College and while a student played for the debut of the London Cantata Choir with whom he is still associated. He studied organ with Peter Moorse, Nicholas Danby at the Royal College of Music, Dr Peter le Huray at St Catherine’s College Cambridge, and Jane Parker-Smith. He was awarded FRCO in 1981 and MA in Performance from Anglia Ruskin University in 1997, studying organ with Nicholas Kynaston at Caius College Cambridge.

Gary was organist of Dunstable Priory and then Assistant Master of Music at Peterborough Cathedral. During his time there he was Conductor of the Peterborough Philharmonic Society, Director of the St Peter’s Singers, and Founder and Associate Conductor of the City of Peterborough Symphony Orchestra. He also taught organ and piano at Oundle and Stamford  Schools. He played for the Cathedral Choir on two tours of America in addition to regular TV and radio broadcasts and recordings.

Gary is now Director of Music at Bromley Parish Church. He also directs the chamber choir ‘FineChants’ and works as a freelance organist, harpsichordist, conductor, adjudicator, and examiner for the Royal College of Organists. He spent the summers of 2009 and 2011 as the Music Adjudicator to the Sri Lanka Performing Arts Festival.

His recent CD recordings include one for Priory Records from Chelmsford Cathedral featuring the major organ works of Stanley Vann, sometime organist of Peterborough Cathedral, and the ‘Kenneth Leighton Memorial Album’ which Gary compiled and published. Gary has also recently recorded a CD of harpsichord and organ music at Bromley Parish Church. Organ concert venues in this country include St Paul’s, Canterbury and Westminster Cathedrals, King’s College Cambridge and Westminster Abbey. He has made ten international concert tours visiting Denmark, Germany, Italy and USA.

Gary likes to relax by travelling and exploring old churches. 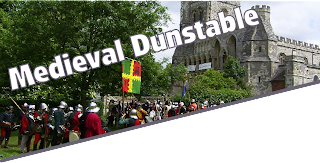 
The Project the beginning and the end.......
"In the summer of 2010 I had an idea that perhaps we could mark the foundations of the Augustinian Priory, and introduce a new Medieval Walk to the Heritage walks offered by the town guides. Those of us interested in the history of the town believed that in medieval times, Dunstable was an important centre of trade sitting astride one of the busiest crossroads of England. Henry I built a palace in Dunstable and a number of monarchs spent time here. We knew there were jousts, we had a copy of some early byelaws and charters, tantalising evidence that there was a big story just waiting to be uncovered."

Taken from an excerpt from


1086
No mention of Dunstable in the Domesday Book. Notes say Dunstable was a deserted Roman ruin, not yet resettled, but the figures for Houghton Regis perhaps make more sense if villagers were trading at crossroads at that time, to which the sheriff turned a blind eye, but increased their taxes.
-    Follow this link for all the years inbetween: http://medievaldunstable.org.uk/timekine.html
1540s
Henry VIII had a plan for Dunstable to be a Bishopric and convert the church into a cathedral, The plan failed and the Prior and Canons were pensioned off.
Author Jean Yates
************
Map of Dunstable
Follow the link below:
http://medievaldunstable.org.uk/town.html
The Augustinian Priory
Follow the link below:
http://medievaldunstable.org.uk/priory.html
******
Priory House Tea Room, Tourist Information Centre, Tea Rooms and Gift Shop 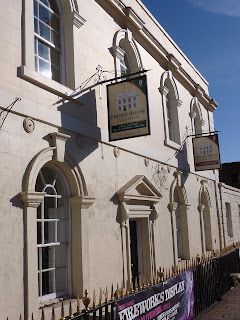 ﻿
http://www.dunstable.gov.uk/priory-house-tea-rooms/
******
2013 Events
Celebrating the 800th Anniversary
of the Dedication of the Priory,
and the Medieval History of Dunstable
Please follow the linkbelow for the full list of events:
http://medievaldunstable.org.uk/events.html
Check with Priory House for the latest updates
Tel. 01582 891420 or email prioryhouse@dunstable.gov.uk
***
The Gregorian Chant held in March was a very succesful event!

Medieval Dunstable Launch with the Planting of a Physic Garden in Priory House Gardens on 13th April 2013 coinciding with Dunstable in Bloom Launch. 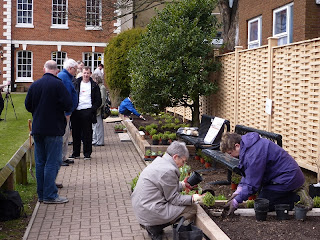 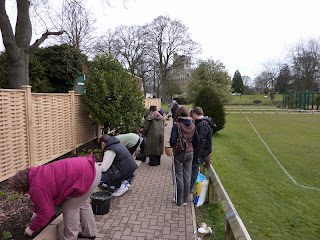 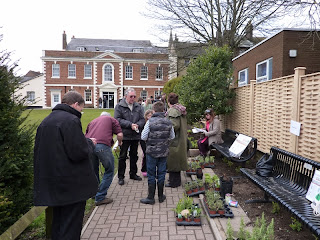 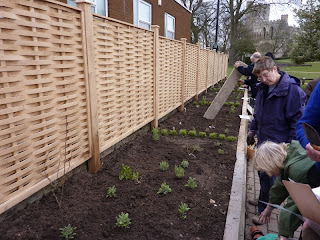 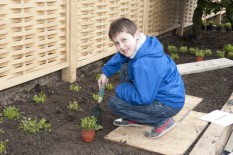 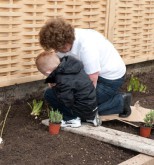 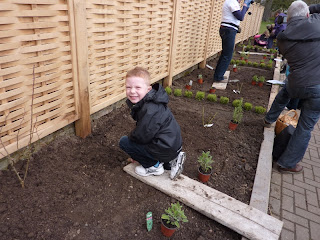 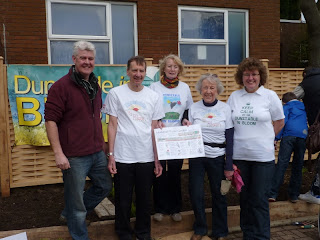 A few members from Promoting Dunstable, Medieval Dunstable and Dunstable in Bloom and John from DTC. 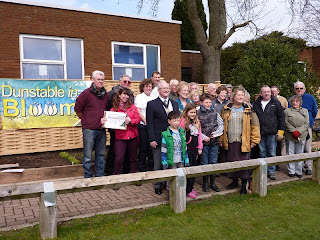 Photographs taken by 'About Dunstable' Other with a '*' Taken by and with kind permission to use by
Graham Owen
http://www.wizardlyimagery.co.uk/

******
For contact details with regard to any of the above or and further information ~ Please follow the link below ~ Thank you
http://medievaldunstable.org.uk/contacts.html